{review} until the final hour

Joachim Fest Inside Hitler's Bunker: The Last Days of the Third Reich (2005)

Both of these books proclaim on their covers that they were the inspiration for the Oscar-nominated movie Downfall, which I have on whatever is the TBR equivalent of a To-Be-Watched pile.

Now all the self-delusion is over. Finally, at last, that desperate, seductive voice in me is silenced, the part of me that wouldn't see and know reality, that wanted to believe. At the same time I suddenly feel very sorry for Hitler. A hopelessly disappointed man, toppled from the greatest heights, broken, lonely... I feel guilty all of a sudden.

Traudl Junge, as the title suggests, was Hitler's last secretary. Junge was only 22 in 1942 when she began this role. This book is structured as a journal (although it was composed in 1947 rather than contemporaneously) of her time with Hitler. It is an extraordinary read, primarily, I think, because it offers such an intimate perspective on day to day life at the highest echelons of power as the Reich and its leader began to crumble. 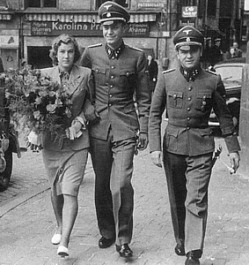 I approached it with a somewhat cautious eye: after all, this was someone who lived at close quarters with Hitler for three years; who was remarkably lucky to escape with her life when Berlin fell; and who presumably had a vested interest in denazification. Junge, in general, manages to walk a fine line between criticism ("But this time it did disturb me a lot to find someone describing himself as a genius") and enthusiasm (as when Hitler survives the von Stauffenberg - Valkyrie - bombing). Incidentally, she notes "he looked like a hedgehog" post-explosion.

Mostly, however, her memoir captures the viewpoint, concerns and enthusiasms of a young woman and offer rich details about, for instance, Hitler's views on lipstick (negative), smoking (ultra-anti), food preferences (bland and vegetarian), his health fads (many), marriages (a keen matchmaker), fondness for tea-parties, music ("The only pop music he would let us play was the 'Donkey Serenade'"), lederhosen (his knees were too white: see here), and avoiding provincial hotel rooms without en-suites because of the embarrassment of returning from the loo along a corridor lined with saluting yokels. There are also odd insights like Eva Braun's dislike of fat women and her desire to be a "beautiful corpse". As the end draws near, Junge captures moments of great pitifulness: the look on the face of the eldest Goebbels' child, or Frau Goebbels declaration that "Our children have no place in Germany as it will be after the war." The Goebbels will, of course, kill themselves and their six children.

One cannot help thinking about Arendt on the banality of evil. Junge has stated elsewhere that Hitler was "a pleasant boss". This boss sometimes seems far more like a Chaplinesque Great Dictator than a monstrous psychopath who would refer to his decision not to eliminate "thousands" back in 1934 coup thus: "Afterwards one regrets having been so benevolent."

It was salutary therefore to read Junge's memoir alongside Joachim Fest's account of the last days in the bunker, which retold the entire story from a rather more black-and-white viewpoint. 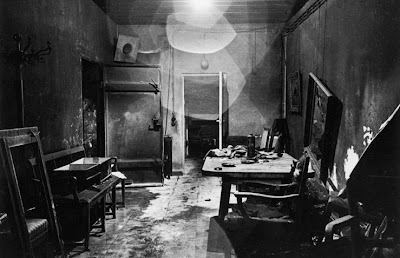 The bunker as photographed by William Vandivert, the first American photographer
to access the bunker after the fall of Berlin (source)

This is a very readable, almost popular, account of the last days, with plenty of structuring of the events within with those outside Berlin to give a broader historical perspective. Fest asks very interesting questions, the most significant (I thought) being - was what happened in Berlin inevitable? Fest's book is nearly as good as Junge's memoir at capturing the claustrophobia of those last days, trapped in a concrete bunker thirty-three feet below ground with a madman and an entourage that veered wildly between sycophantic and downright treacherous: "With treachery all around me, only misfortune has remained faithful to me - misfortune and my shepherd dog Blondi" (Hitler).

I felt depressed for days after reading these books, but the consequences of evil on this scale must never be allowed to be forgotten.

If you liked this... for me it will be Downfall the movie, and probably The Great Dictator to restore my equilibrium. 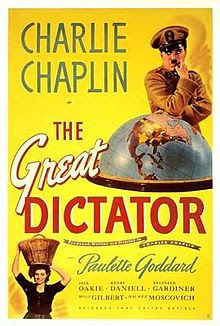