{review} incidents in the rue laugier 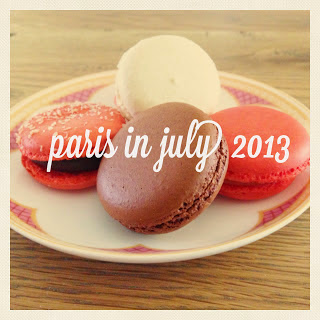 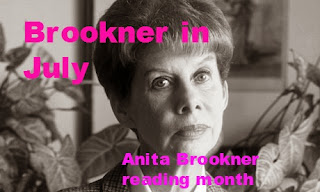 hosted by Ali at Heavenali

Argh! What happened to July? I've been reading a lot and writing near to zero. Fortunately in this post I can cunningly cover the two bases of Paris in July and Brookner in July. I feel wonderfully efficient...

It took me a while to warm to this book, I have to say, and I think that this was due to my expectations about the structure being somewhat confounded from the beginning. When I finally became swept up in the narrative, something clicked, and by the time I had finished I rather thought I had just read something remarkable.


At its most simple (which it isn't), Incidents in the Rue Laugier tells the story of the meeting and marriage of Maud Gonthier of Dijon and Edward Harrison of London. Since this is a Brookner, one expects - and finds - little evidence of great passion, profound happiness or exciting events. (I should say, at this point, that I would be horribly disturbed to find these in a Brookner.)

It is 1971: Edward is trying to escape the burden of an unexpected inheritance (appropriately enough, a bookshop) that will put an end to his dreams of travelling the world. His Cambridge chum, the rich, charismatic and predatory Tyler (Apolline is an apt description his "atavistic" nature) has put him on to a good thing - he can stay in a room of an acquaintance's empty apartment in the Rue Laugier in Paris (for people like me who love to know if a place really exists, yes it does, in the 17th arrondissement near Place des Ternes). Then comes another invitation from Tyler - to join him at another house near Meaux. And it is at La Gaillarderie near Meaux that Maud is visiting her aunt and falls for... Well, I'm not going to give that away, am I?!


There are a number of familiar threads running through this novel - the main characters possess a great deal of reserve (Edward "would not be adverse to celibacy"; Maud has inherited her mother's "natural hauteur"; she desires her "prelapsarian integrity"), both are trapped by a need to maintain a personal, almost physical integrity, and forced to do what is expected rather than enter into risk (risk is such a point of vulnerability in a Brookner). Hope must always be sacrificed to reality. Passion is to be sacrificed to respectability. Silence replaces communication. Love cannot save one from loneliness.

They were not marrying for love, whatever he might think. She had only to glance across the table and meet his unhappy smile to understand that. They were marrying because of one false step, one regrettable encounter, one shared shock; they were marrying because their lives were already going wrong, because they understood how and when they had gone wrong, because events that had taken place in the rue Laugier had bound them together, while at the same time making them incapable of explaining those events, and their prehistory, to a third party.

This is such an interesting quotation for me, because of what I have thus far omitted to tell you about the structure of the book. At the beginning and the end of the book, Brookner provides a framing device that overarches the narrative -- of Maud and Edward's daughter packing away her late mother's possessions and finding a notebook:

The notebook was old, slightly bent at the corner, the pages stuck together. There were only a few notations, apparently written on the same day. 'Dames Blanches. La Gaillarderie. Place des Ternes. Sang. Edward.' Further down the same page, and written with a different pen, a recipe for Sauce mousseline. Then a short list of book titles. Last of all Proust's opening line: 'Longtemps, je me suis couché de bonne heure.'

The daughter contemplates the impossibility "that a life could be covered by those so brief notations" -- this lack of knowledge is "frustrating": "Something predated me, and I had no idea what it was." What is this mysterious, missing "prehistory", from which the daughter is excluded, given that the "indelible" nature of her parents' histories is also an indelible part of who she is today? She wants their memories:

And the lives of those we love must hold some meaning for us, and if that meaning is withheld, who can blame the survivor for his or her curiosity, even if that curiosity holds as much mourning as celebration?

And, so, the reader comes to understand that the lives s/he has followed may well be "fantasy", the product of a self-proclaimed unreliable narrator; and this adds another level of uneasiness to the narrative itself. For it is, I think, an uneasy read when one remembers the structure and starts to think about who is really narrating these events: then the hints of sexual aggression, the strangely angry silences, the sense of entrapment take on other, darker shades of meaning. And how do we feel about recreating a parent's life when they've deliberately revealed nothing?


There's another little joy to be found in the text -- references to books. Apart from Proust -- of immense importance and likely the key to this book -- we are offered an image of the ideal European lady transposed to England reading "her Elizabeth Bowen and her Rosamond Lehmann and her Elizabeth Taylor". And Edward, owner of a bookshop, brings his wife home books with women's names:


Out of a delicate feeling for his wife, the feeling that subsisted when all others seemed stale and crude, he concentrated on French books, putting on one side for her books with the names of women, La Cousine Bette, or La Petite Fadette, or Germinie Lacerteux, books he thought suitable to her frail composure, having forgotten what quiet horrors such titles concealed...

I've gone on a bit longer than I anticipated, as I always think I need to defend Brookner from her detractors who note how little happens, how literary everyone is, how much the heroines needs a kick, how everyone seems a good twenty to forty years behind the times (there's sex, post-natal depression and aeroplanes in here you people!!). But what about how limpidly beautiful are her sentences, how quietly insightful and incisive her descriptions, how brilliantly constructed her narratives [and so on!]? I suspect that this particular Brookner will not convert anyone, but I came to think that it might be one of her best.


Thanks to Ali for hosting Brookner in July and to Karen & Tamara for hosting Paris in July. I've thoroughly enjoyed this month of reading.
posted by skiourophile
Email ThisBlogThis!Share to TwitterShare to FacebookShare to Pinterest
{labels} 1950s, 1970s, 1990s, anita brookner, challenges, france, paris, reviews