{review} touch not the cat

I saw the tiny smile at the corners of Rob’s mouth again, and thought suddenly, ‘My God, I’ve married him. Rob Granger, the garden-boy.’ The mixture of strangeness, tenderness, and sheer sexual excitement took away the power of coherent thought and struck me silent.

I think when we look back we will say, "Oh September and October 2011, that was when we were ALL reading Mary Stewart." I'm thoroughly enjoying the Mary Stewart revival which is keeping me away from the heavier and more sober things I have on the TBR. So far I've read: 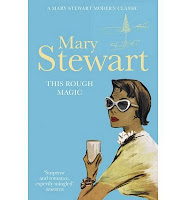 [I would just like to say that I HATE THESE COVERS but they represent the editions I read. Touch Not The Cat, for instance, is set in the 1970s but you'd never pick it from its 1950s' milkmaidish cover]


This Rough Magic (1964): sparkling romance with a not too arduous mystery, set on beautiful Corfu with much interweaving from The Tempest. 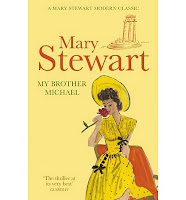 My Brother Michael (1959): sparkling romance with a not too arduous mystery, set in beautiful Delphi with much interweaving from The Oresteia. 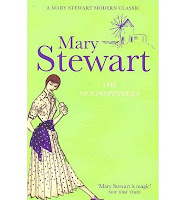 The Moonspinners (1962): sparking romance with not too arduous mystery, set on beautiful Crete with much interweaving of Greek folk-tale. 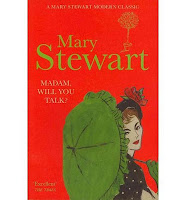 Madam, Will You Talk (1955): sparkling romance with a not too arduous mystery, set amid the beautiful Roman remains in the South of France, with much interweaving from (?) old French troubadour lyric. 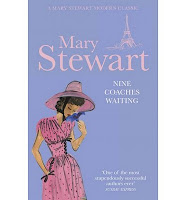 Nine Coaches Waiting (1958): a bit darker on the romance and the mystery front - a touch of gothic - for which I blame the less sunny setting of a chateau in the gloomy Savoy. An orphan/Cinderella story. Oh, yes, interweavings of Jacobean revenge drama with Macbeth and a sprinkling of Paradise Lost. I've never been wildly keen on the Jacobeans, sorry Ben Jonson, and this book was a bit overwrought and long for what it was. 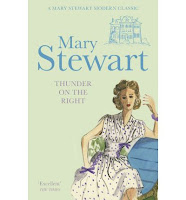 Thunder on the Right (1957): sparkling romance with a good deal of pent up sexual frustration from wannabe nuns with flashing dark Spanish eyes, and many others, with a dead obvious mystery, set amid the beautiful Pyrenées, with much interweaving of classical music vocab.

It's not difficult to pick Stewart's successful formula: in a gorgeous warm European holiday setting, a lovely young woman of uncompromising virtue, stubborness and impetuosity - with instant recall of any Shakespearean/classical/medieval French poetic literary allusion - encounters a cultured but manly man of action (despite being musical) with uncanny ability to finish all her quotations. The baddies get what's coming, the goodies triumph, a child is generally rescued, a lot of the heroine's clothes are reduced to becoming linen rags in raging torrents and we all get a crash course in figuring out all those half-remembered bits of school Shakespeare. Everyone drinks a tremendous number of aperitifs and smokes like a chimney. The meals are extraordinary and I spend my reading time dreaming about food. I don't think these are great books, by any means, but they are so, so satisfying and the heroines are, in general, smart and accomplished and not prone to too much unnecessary screaming. The plots are, I confess, flimsy.
The six titles above were all deliberate selections based on where they were set: Greece and France (particularly southern France). These are settings which I particularly enjoy in any book, but find 100% magical in this genre ('romantic suspense'?). 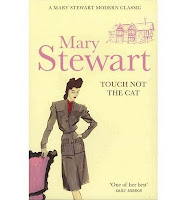 Touch Not the Cat was selected purely for its title. I had a cat like that. His name was Bertie. But to the book: this was a slightly odd one especially if you're not keen on semi-magical themes. There's a romantic setting (ruined old castle in the Malvern hills) for a romantic heroine, orphaned under mysterious circumstances and surrounded by male cousins who look identical and who may not have her best interests at heart. This is complicated further by the heroine's inheritance of a kind of telepathic connection to someone whom she suspects must be one of the cousins, and whom she believes is her One True Love. But which man...? [I just find cousins as romantic partners rather icky, myself]. Mazes, dodgy weirs, disappearing Tang dynasty ceramics, louche young American women in trousers, and a host of problems for star-cross'd lovers (yes, this is a heavy-quotation-from-Romeo and Juliet book). The class issues have dated badly (which is good, I guess).

In sum: I'm enjoying Mary Stewart. The writing is excellent and there are lovely turns of phrase (e.g., the heroine who "nibbled the bitter crusts of commonsense"!) and plenty of vocab broadeners (telephones 'thresh', 'pleached' trees are 'pollarded', etc.). I think I prefer the earlier 1950s' ones. Her ability to combine mystery and romance reminds me of Helen MacInnes, but I think Helen MacInnes does it better in the meatier plot line. How about a reissue of Helen MacInnes' oeuvre?
posted by skiourophile
Email ThisBlogThis!Share to TwitterShare to FacebookShare to Pinterest
{labels} 1950s, 1960s, 1970s, france, greece, helen macinnes, love and romance, mary stewart, mystery, reviews