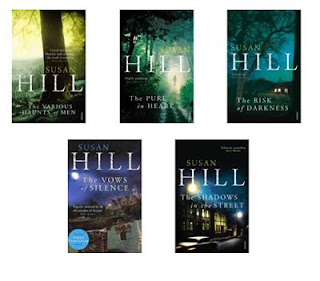 For a long time there was a silence so complete, so absolute, that he did not know if he could ever breach it, ever utter again, ever be able to say another word to her for the rest of his life. The silence was a distance and a time span as well as the absence of sound. It was a space he did not think he had the nerve or the skill through which to travel.

This is one of the most curious series of police procedurals that I've read. They are completely addictive. This is less because of their crime element (in general, it was pretty easy to pick the villain) but because they are more like a family saga with an overlay of a traditional mystery. In broader terms they are also like reading about the life and crimes of a particular type of English urban society.

The books are very quirky: the hero is not only an unlikely policeman, but also a person to whom one warms only diffidently. Every time one gets fond of a character, this is almost a sure sign that they will either become minimalised in the narrative or disappear (by means fair or foul) entirely. One is kept on one's toes the whole time in this series hoping that one's current interest doesn't suffer authorial assassination!

Hill is good on making one think about how her characters suffer: she is good, one might say, at grasping the human element in crime, whether the perspective be that of the criminals, their victims, or - most touchingly portrayed of all - the victims' families and those left behind ("Regret was part of the fabric of her life": Pure in Heart). The settings possess an urban edginess: Hill likes to peel the layers off society to reveal the grim situation - the "fetid world" (Shadows) faced by the urban poor in a seemingly pretty and affluent English cathedral town.

Of course you have to suspend belief that so many colourful crimes could occur in one place; of course policeman surely don't act like that; it is a measure of the quality of Hill's writing that you begin to not care about these things and to lose yourself in her story-telling. The writing is excellent. I am in considerable awe of a writer who can maintain high standards throughout a series. On the whole I think #1, The Various Haunts of Men, will remain my favourite, just because it was so astonishingly rule-breaking in its approach to the crime novel. That feeling of shock lingers a very long time. I am greatly looking forward to reading the next one (The Betrayal of Trust) soon. 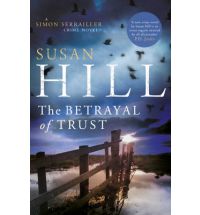