I have just read two really enjoyable books in a row, and it would certainly be remiss not to share these. They were quite different books, but both made me laugh and reminded me why I love books. 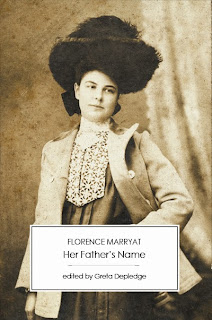 Leona Lacoste was a woman who would never give in—until she died.

I chose this one because I read a tantalising blog post on it by Catherine Pope, who has published the Victorian Secrets edition of the text. The novel is available free (e.g., archive.org), but this edition is well worth having - actually, I'd say indispensable - for the absolutely wonderful Introduction by Greta Depledge, in which she provides all sorts of contextualization on the author and the varied and often kooky themes of the novel.

Basically, if you like 'sensational' novels and you admire a strong heroine (with admirable bosoms, "body supple as a cat-o'-mountain's" and "eyes of burnished bronze, like... the eyes of a spotted panther in repose") who scorns the conventions of polite society in order to escape a fate worse than death ("Bah! In a country where the girls marry at fourteen! But were she twelve it would make no difference. She is old enough for me." Ew.) AND clear her father's name of a heinous accusation, then this is for you.

"I am quite determined, father. I shall never marry. Marriage is slavery, and I was born free. I will never be such a fool as to barter my birthright for any man."

She commenced to stroll leisurely in the direction of the cabin as she spoke, and as Valera followed her, he could not help wondering at the easy grace with which she filled her part, and the admirable disguise it was, to which, however, the effeminacy of many of the men in those southern climates much assisted her.

... hysteria, sweaty sickbeds, effeminacy, a touch of Sapphism on the chaise-longue, duelling, travel, disguises, faint downy moustaches, guitar playing, ethnic stereotyping ("I shall not faint, doctor, I have too much European blood in me for that") and really tall women who smoke cigars. What more could you ask?

This is my second Marryat, and I'm loving her more and more. I previously reviewed The Blood of the Vampire (1897), which was one of my 'best of 2012'.

My second recommendation is by an author who made it onto my 'best of 2013', although I never managed actually to review that book. That was Penelope Fitzgerald's The Bookshop (which all lovers of independent bookshops should read: what could possibly go wrong with one woman's ambition to bring a bookshop to her country town?).

I'll try to do better with my second Fitzgerald: Penelope Fitzgerald's The Golden Child (1977): 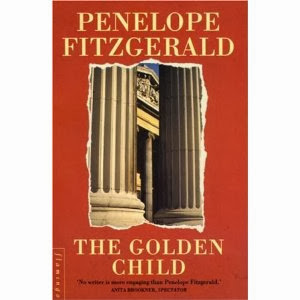 'Three minutes to go... We are all quite clear, I take it. Slight accidents, fainting, trampling under foot — the emergency First Aid posts are indicated in your orders for the day; complaints, show sympathy; disorder, contain; increased disorder, communicate directly with my office; wild disorder, the police, to be avoided if possible. Crush barriers to be kept in place at all entries at all times. No lingering.'

What made me love this? I did wonder if my list of things that I love might only be applicable to me, but I hope not! The British Museum, a golden treasure from a lost civilization, a group of highly eccentric curators and academics, a quick trip to Russia, and a murder or two. No, surely there's universal appeal there?

Half over the sill, the eminent maniac was holding Untermensch by his two thin wrists, hanging him down outside while he sawed the wrists to and fro on the frame. The Professor’s voice came only faintly: ‘Spare me! I alone can read Garamantian!’

Waring Smith is the naive but practical assistant curating a huge British Museum exhibition (inspired by the Treasures of Tutankhamun exhibition of 1972) of golden treasures from the mysterious civilisation that was Garamantia in Africa.

Few know anything about the artifacts which were discovered by Sir William Simpkin many, many years ago: there is Professor Untermensch (Fitzgerald's names are brilliant) who has written the definitive study of the Garamantian script, Garamantischengeheimschriftendechiffrierkunst; there is "Tite-Live Rochegrosse-Bergson from the Sorbonne - the distinguished anthropologist, anti-structuralist, mythologist and paroemiographer" (anti-structuralist - still giggling about that; he also believes in "the irresistible impulse to stop thinking at all"); and there is, of course, Sir William himself, who refuses to visit the exhibition. Is this because of an alleged curse? The museum's Director sees the exhibition as a cash-cow, and Sir William as another source of funds which can all go towards his love of French "dix-septième" objets: "He particularly hated Oriental rugs, which took up an immoderate amount of display space."

But then things start to go awry and Waring Smith is dragged in well over his head:

And the Museum, slumbrous by day, sleepless by night, began to seem to him a place of dread. Apart from the two recent deaths, how many violent ways there were in the myriad rooms of getting rid of a human being! The dizzy stairs, the plaster-grinders in the cast room, the poisons of conservation, the vast incinerators underground! And the whole strange nature of Museum work, preserving the treasures of the dead for the curiosity of the living, filled him... with fear. 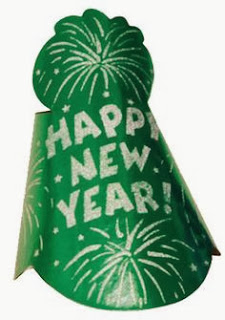 On the whole it would seem that I love e-books by women writers and tended to get carried away with re-reading the same.

I excluded re-reads from this, but I couldn't get it down to 10:

Brat Farrar - Josephine Tey (1949)
A brilliant story of a young man who may or may not be a long-lost relative returned to reclaim his place - and a fortune - in the family. Tey is one of my favourite writers - I also read Miss Pym Disposes this year {REVIEW}, which is entirely different to Brat Farrar and just as magnificent.

Excellent Women - Barbara Pym (1952) {REVIEW}
I read this for Barbara Pym Week, hosted by heavenali, and it was my first Pym and, oh, what an impression it made. Single women of the world, unite! (Cats optional.)

Tampa - Alissa Nutting (2013) {REVIEW}
A controversial book on a controversial subject - but so wittily done. (Also, cover of the year.) 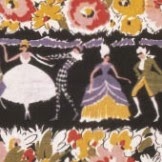 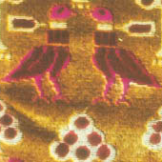 This was like watching a classic B&W 1930s weepy film. An absolutely charming book.

The Home-Maker - Dorothy Canfield Fisher (1924)
This may be my absolute favourite of the year. Another Persephone title: the story of a woman trapped by domestic expectations who gets a chance to shine.

A lost classic: whipsmart Cambridge graduate takes on the big bad world on a bicycle and triumphs.

Remarkable and painful journey of lesbian self-discovery set in a vintage Las Vegas.

Under the Skin - Michel Faber (2000) {REVIEW}
Wow. Do not hitchhike. Ever. You never know who - or what - may be out there. Faber seems to reinvent himself with every book, and this one was superbly bizarre.

Lazarus is Dead - Richard Beard (2011) {REVIEW}
Writing Lazarus back into the Jesus narrative: a wonderful play on pseudo-scholarship. I described it as "rich and imaginative and funny and playful (and brutal, stomach-turning and occasionally utterly horrifying)"

A find! A canny young Scotswoman inherits a fortune and sets out to reinvent herself as a lady with the assistance of her helpful ex-fiancé (who bears a startling resemblance to the Apollo Belvedere).

Come Out of the Kitchen! - Alice Duer Miller (1916)
Another lost classic (rediscovered by fleur in her world): a rich young man rents a house from an impoverished family, only to discover a host of servant problems - such as the world's prettiest cook.

The Bookshop - Penelope Fitzgerald (1978)
Gorgeously melancholic but humorous book about a widow who only wants to start a bookshop in what turns out to be a bookshop-shy town.

The Good Soldier - Ford Madox Ford (1915)
An excellent recommendation from stuck in a book: a slow start as the odd style rather threw me, and then - bang! - unputdownable story of absolute tragedy about the disintegration of all one's loves and illusions.

I really enjoyed my 2013 reading year, and I have no other reading aims for 2014 than to read everything that catches my fancy.