{redux} cheerful weather for the wedding

Simon of Stuck In A Book suggested a readalong of Julia Strachey's Cheerful Weather for the Wedding. Below, I reprint my review, originally blogged in September 2011. 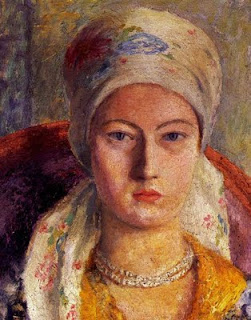 A reread has not altered my opinion in any way of this book - I loved it, despite its EXTREME MISERY. If anything, rereading made me admire even more the atmosphere created by Strachey - all suffocating in colours and flowers and smells and enclosed spaces (to which I can now add a detail I missed the first time - the tortoise in the tin).

The symbolic overload (including things like people's hands: some 'like raw meat chops', others 'wrinkled claws') is completely oppressive, filled with that 'feeling of dismal foreboding'. Elements of this book go through one like a knife: I think, for instance of the mother, Mrs Thatcham, who judges a day's beauty by how far one can see, yet is completely blind to what has happened on this, that allegedly most cheerful of days. 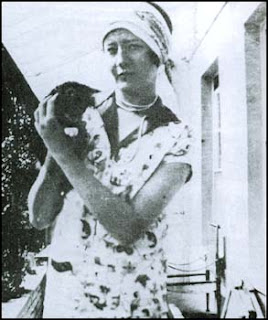 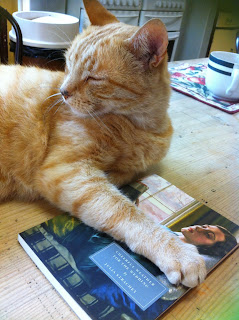 And yet it hadn't been love, but some depressing kind of swindle after all, it seemed.

Wow, this is a miserable little book. But it is also utterly mesmerisingly wonderful, especially if, like me, you like your modernism in small jewel-like doses. The story covers a scant day in the life of Dolly Thatcham, who is to marry the Hon. Owen Bigham, a groom very much on his dignity. As the preparations for the wedding unfold, and the wedding party rub up against each other in the cramped space of the Thatcham house, silences are broken and secrets revealed. Dolly's life falls slowly and gently and irreversibly to pieces as her domineering and socially manipulative mother struggles to hold the wedding party together.

Dolly finished washing, arranged her black hair with the rust-red strips in it neatly. She dipped something that looked like a limp orange 'Captain' biscuit into a pink bowl on the dressing-table, and afterwards dabbed and smeared it all over her reproachful-looking face, leaving the skin covered over evenly with a light corn-coloured powder.
The whole toilet was carried out as a performing elephant might make its toilet sitting up in a circus ring, -- languidly, clumsily, as though her arms were made of iron.
...
Dolly knew, as she looked round at the long wedding-veil stretching away forever, and at the women, too, so busy all around her, that something remarkable and upsetting in her life was steadily going forward.
She was aware of this; but it was as if she were reading about it in a book from the circulating library, instead of herself living through it.

A couple of things really stood out for me in this book, and I assume that they can pretty much all be read symbolically if it is your bent to crawl about under the surface of this novella. The most obvious is the descriptions of the flowers in the house with their jewel-like colours and powerful, masking scents and arrangements. Colours and marks seem highly charged as well, perhaps to the point of over-kill, as in the bride's soiled white slippers and an unfortunate incident with an ink-well. [OK, she's not a virgin; we get it!] Then there are the mirrors, perhaps part of the distortions of truth which will come out as the story progresses?

I can see that the overload of symbolism might be overwhelming for some readers, but I thought its suffocating relentlessness totally suited the evocation of the bride's sense of despair at her inability to halt disaster. And then there's all the talking, talking, talking but no one ever saying what they really mean until it is far too late.

If you liked this... the only book I've read recently which can match this one for sheer misery is May Sinclair's The Life and Death of Harriett Frean. [ed. I might now add F. M. Mayor's The Third Miss Symons to this list of miserable yet unputdownable books] 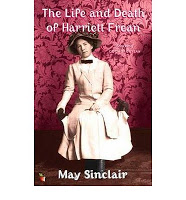 (Not that I think I could look at Siren Land every day
without wanting to do a spot of defacing). 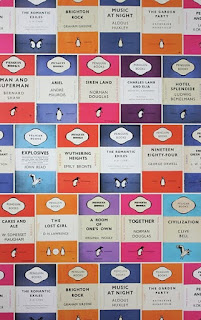 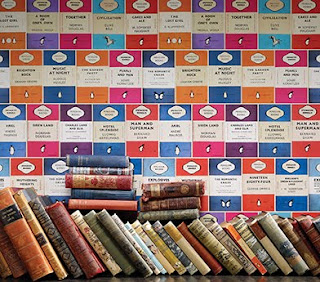 Of course, she would not question the wisdom of any arrangements they might choose to make. Mother had no will of her own; all her life long, gracious and gentle, she had been wholly submissive - an appendage. It was assumed that she had not enough brain to be self-assertive. 'Thank goodness,' Herbert sometimes remarked, 'Mother is not one of those clever women.' That she might have ideas which she kept to herself never entered into their estimate. They anticipated no trouble with their mother. That she might turn round and play a trick on them - several tricks - after years of being merely a fluttering lovable presence amongst them, never entered into their calculations either. She was not a clever woman. She would be grateful to them for arranging her few remaining years.

Indeed, why should anyone suspect that, widowed after 70 years of marriage to the redoubtable politician Lord Slane, that his 88 year old relict should suddenly decide to throw docility, if not respectability, to the winds?

But the Hollands were not people to evade a duty, and the more irksome the duty, the less likely were they to evade it. Joy was a matter they seldom considered, but duty was ever present with them, seriously always and sometimes grimly. Their father's energy had passed on to them, turning a trifle sour on the way.

Rejecting her children's grudging plans ("to combine people's good opinion with getting a little of poor Mother's money"), Lady Slane leases a house in Hampstead she saw once, thirty years previously, and determines to enjoy herself: "If one is not to please oneself in old age, when is one to please oneself? There is so little time left!"

All Passion Spent is wonderful: all slow and lovely and witty and sometimes rib-achingly sorrowful. I wanted Deborah, Lady Slane, to live forever - she is an memorable heroine creating a life for herself "in this reprieve before death", as she rediscovers the pleasures she put aside ("profound invisible bruises of the imagination") to further her husband's stellar career: her art, her "crav[ing] for a life of contemplation", and a flirtation from her past.

It is terrible to be twenty, Lady Slane. It is as bad as being faced with riding over the Grand National course. One knows one will almost certainly fall into the Brook of Competition, and break one's leg over the Hedge of Disappointment, and stumble over the Wire of Intrigue, and quite certainly come to grief over the Obstacle of Love.

All Passion Spent would absolutely have made it onto my Best Books of 2012, if it were not for a fit of praise-parsimoniousness caused by having Sackville-West's two novellas on the list already (and I highly recommend these!). 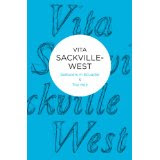 2013 is already getting away from me. But I have no reading plans, which is lucky, since I've read almost nothing except Georgette Heyer books since the end of November. They're comfort reads, end-of-year-can't-face-anything-new reads, travel reads... Travel. That's what else I've been doing - 10 days in China and Hong Kong over Christmas. 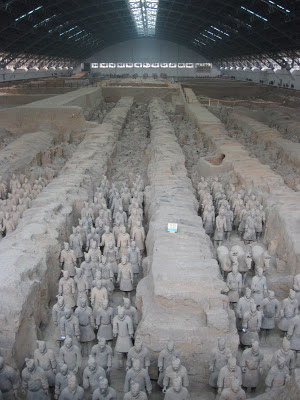 
Amazing, aren't they? (And in the news again.) China was BRILLIANT. I know pretty much zero about her history and culture, and it was actually quite refreshing to be in that position where one is forced to be open to everything. Of course, as my sister has lived in Beijing for a dozen years or so, we were very well looked after and not overly exposed to any of the things that I'm not so keen on (squat toilets, for instance!). It also snowed a little, which was a Christmas treat. (We then returned to Adelaide where it was a 45 degree inferno. Bah.) 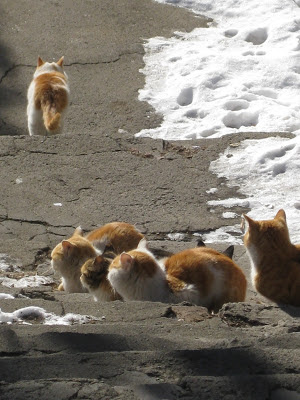 I have added Marina Warner's The Dragon Empress (Life and Times of Tz'u-hsi, 1835-1908, Empress Dowager of China) to my TBR.

Empress Cixi was quite a piece of work - I think my favourite story is how she blew the naval budget on a massive (and immovable) stone barge for the Summer Palace. 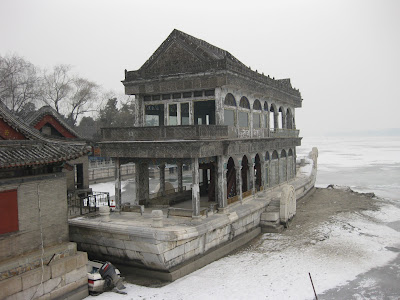 But, as I say, almost nothing else has been read until recently except Georgette Heyer. Her books are witty, charming and full of lovely little historical tidbits. If I have any aims in 2013, let this be the one: no more contemporary insults for me! It's going to be Heyer-isms all the way. I've made myself a little list...