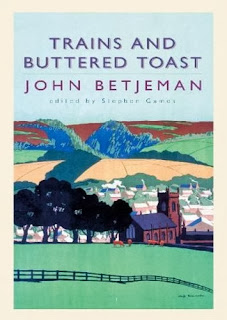 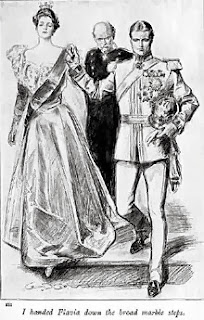 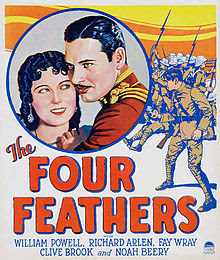 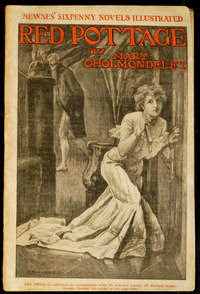 This was a nice little essay, which gave me quite a few ideas for future reading, and I am happy to note that the next chapter is 'Wartime Tastes in Reading', which I hope to find just as useful.
posted by skiourophile 19 comments:
Email ThisBlogThis!Share to TwitterShare to FacebookShare to Pinterest
{labels} 1900s, 1930s, 1940s, 1950s, anthony hope, booth tarkington, cinema, e f benson, edwardians, erskine childers, essays, george gissing, john betjeman, mary cholmondeley, non-fiction, radio, sarah macnaughtan, WW2 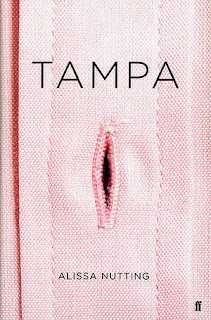 Cover of the year, surely?

I could smell the mint chewing gum on his breath -- he'd indeed prepared himself for a make-out session. Could consent have been any more transparent?

This is a controversial book. Its taboo subject matter has led to some informal banning in Australia; it has also polarized readers with regards to literary merit (is it the new Lolita?), its categorization as 'satire', the narrative value of its relentless sex scenes, and so on. It will not be everyone's cup of tea.

Yet, if one can enjoy a book despite the repugnant theme of paedophilia that forms its core, then I suspect that the author has pulled off quite a coup. I think Nutting has accomplished a remarkable satiric take on her topic. Even more to be admired, Nutting's work forces the reader to have a really good think about the double standard whereby female desire for pubescent males is considered less morally repugnant (and/or illegal) than that of male desire for pubescent prey: "What that jury saw was a red-blooded American teenage boy asked to repent for nailing a hot blonde. I think our chances are good." {spoiler there, obviously!}

The protagonist is devastatingly upfront with the reader about her desires and how she will achieve them. Calculating and ruthless, obsessed with youth and her prettiness (her own and her victims': "I had a face that denied excretion"), she is utterly fascinatingly monstrous. She will do anything to achieve her ends, and anything to protect herself from exposure (although, like most narcissists, she never really factors in this exposure - "People who look like me don’t go to jail."):

I also had the fear that with the right photographer, the real me might accidentally be captured -- that in looking at the photo, suddenly everyone's eyes would widen and they'd actually see me for the very first time: Oh my God -- you're a soulless pervert!

She will mold her body into a tool to assist her achieve her ends. She will spend years studying a profession which interests her only as a means to gain access to her prey. As a teacher, her only interest is using her classroom texts (brilliantly apt: Romeo & Juliet, The Scarlet Letter, To Kill a Mockingbird; and she had studied classics at college) to get her class to talk "sex talk veiled behind a thin veneer of literary studies".

She is absolutely aware that she is a predator: "Nothing would keep me from him."

But I wanted him to know this was certainly out of the ordinary. After a moment of debate, I decided it was worth it. "I don’t even do this with my husband," I added. This wasn’t entirely true of course, but I doubted that saying We do this when I want Ford to feel indebted to me and I've doped myself to the moon on barbiturates would have the same persuasive vigor.

She sees "consent" in any minor gesture; pausing only once to examine if she has gone too far, if her victim was "too out of control — too molested perhaps, his orgasms a seeming consent to acts he didn't fully enjoy."

I knew I'd find it hard to cut the girls in my classes any slack at all, knowing the great generosity life had already gifted them. They were at the very beginning of their sexual lives with no need to hurry -- whenever they were ready, a great range of attractions would be waiting for them, easy and disposable. Their urges would grow up right alongside them like a shadow. They'd never feel their libido a deformed thing to be kept chained up in the attic of their mind and to only be fed in secret after dark.

This is a gung-ho portrayal of total female narcissistic sociopathy. Even her ability to fake empathy is secondary to achieving her goal:

I knew I should produce a look of worry or strain, but habit prevented me from forming any facial expression that might aid in the development of fine lines.

What interested me a lot about this portrayal (which we receive through her own voice) is how few excuses we are offered. There is no aetiology. The abuse card seems absent. What has made her the predator she is today? There is a slight nostalgic element, but that's about it (little family background, for instance). What if there are no excuses? What is clear is her own utter repugnance at sex with anyone older than her ideal, including her hapless husband, a policeman. For him, her extreme efforts to remain youthful have rendered her a perfect trophy wife ("The more I did for Ford's ego publicly, I'd found, the less I had to do to satisfy him privately"); his desires - and her occasional inability to fend him off (to "pillage me... to ruin the landscape") - are controlled with sleeping pills and alcohol.

My real problem with Ford is actually his age. Ford, like the husbands of most women who marry for money, is far too old. Since I'm twenty-six myself, it’s true that he and I are close peers. But thirty-one is roughly seventeen years past my window of sexual interest.

The obvious comparison text to Tampa is Nabokov's Lolita. It might be considered more of an intertext than a comparative text - the verbal 'music' of Nabokov's text is not echoed, for instance, and Tampa is sometimes crushingly obvious ("There was something repulsive (and revealing) about talking on a cell phone while handling garbage. Why did anyone pretend human relationships had value?"), but to appreciate fully Nutting's takedown of another sexual double-standard, Lolita is an essential text. "If you were a teenage male," the commentator began, pointing a leering finger back at the photo, "would you call a sexual experience with her abuse?"

That one comes to sympathize (to some extent) with this woman and her fears of ageing and becoming sexually unattractive to boys, is also due in no small part to the fact that this book is as funny as it is devastatingly unsettling.

His hands slid up to his face and over the back of his head. "God," he said. His breathing broke into an unusual pattern; for a moment I thought he might cry. "You can see into my bedroom from the street? But it’s so far back on the side..."
In a perfect world, I could've assured him that without binoculars one probably couldn't see inside very well at all, but discretion warranted I keep this detail to myself.

This book raises all sorts of questions, of course, perhaps the most interesting being that of whether satire has any boundaries it cannot cross or any finally definitive taboos that it cannot challenge. Then again, after Lolita, what ground can Nutting retread that could so profoundly and deliberately shock our sensibilities?

I almost daren't offer an "If you liked this...", but I was reminded of another extremely funny sexual satire upon an unpromising topic - sex work in the office - which I read last year, and which gives a taste of the tone of Tampa, without the paedophilic content: Helen DeWitt's Lightning Rods {REVIEW}. It is not, I suspect, a coincidence, that the sex of both of these authors has influenced my tolerant responses.